I am doing a series concerning "sentience" and how everything and anything from the Earth, the Cosmos, and Artificial Intelligence is now being deemed sentient. 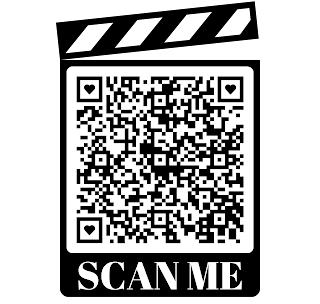 Posted by leon fortayne at 22:25 No comments:

Just doing a post on an old clip I did sometime ago. Do you think its relevant now?

Posted by leon fortayne at 22:26 No comments:

This is the most popular rickroll...
It's how you sell it that makes the difference

There is a rickroll type section on my YouTube page
https://www.youtube.com/watch?v=Wfyz74TyKpo&list=PLrRk5Tpt
kx0lIjdOTZK36dYNbx5HMbvb

Posted by leon fortayne at 21:35 No comments:

From  Telesur TV  Venezuela
Posted by leon fortayne at 22:07 No comments:

I never really thought much about the slide/powerpoint (PPT) way of pushing a message. But as I do have Microsoft Office I decide to go about in making my first powerpoint presentation (PPT) so using a template I went about doing it, the next time I just make it from scratch. Pretty easy actually.

I made an account at slideserve.com and uploaded them, it is essentially the same as using youtube in that you have a channel. You can choose to have you presentation downloaded as slides or an ebook, it would certainly be worth your while to make an account (if you have a Google email account you can use that as you do as in youtube).

You might think that it wouldn't be worthwhile to do anything related to this, but remember that slideserve has 30 million unique views per month. Essentially a million a day.

Here are my slide sets

Posted by leon fortayne at 21:01 No comments:

Case for the existance of God

There are logical reasons to accept the existence of a divine Creator apart from relying on the authenticity of Scripture.

Proving the existence of God is the beginning of having faith in God, so it is one of the most important goals to establish in our lives. It answers whether we are alone or not as a human race and whether or not our existence has purpose.

Can we logically prove the existence of God without going to the Bible? If by "God" we mean a Creator of the universe, then the answer is certainly yes. (Specifically identifying this Creator as the God of the Bible, however, does require proving and accepting the Bible to be true—a topic for another time.)

By considering certain aspects of the natural world around us, we can arrive at the commonsense conclusion that there is a powerful, all-wise Creator who made it all.

Let's explore five key proofs of God's existence with clear illustrations to back them up. To make it easier to remember, we'll use the acronym GODLY.

The molecular information of genes instructs cells in how to function and reproduce. The study of genetics has revolutionized our understanding of living things and how they operate.

Key illustration: DNA. Containing the 3-billion-letter code inside our cells (of four recurring letters, or chemicals actually, the names of which start with these letters), it's a virtual library of instruction manuals for assembling and operating all the cells of the body.

A few years ago, one of the world's most famous atheists, Professor Anthony Flew, came to the conclusion that God exists based on DNA evidence.

"What I think the DNA material has done," he wrote, "is that it has shown, by the almost unbelievable complexity of the arrangements which are needed to produce [life], that intelligence must have been involved in getting these extraordinarily diverse elements to work together.

In his book The Case for a Creator, former atheist Lee Strobel writes: "The six-feet of DNA coiled inside every one of our body's one-hundred trillion cells contains a four-letter chemical alphabet that spells out precise assembly instructions for all the proteins from which our bodies are made. Cambridge-educated Stephen Meyer demonstrated that no hypothesis has come close to explaining how information got into biological matter by naturalistic [evolutionary] means" (2004, p. 282).

So there is no logical explanation as to how this incredibly extensive, exquisite code inside the cell could exist without a supremely intelligent Being having designed it. Microsoft founder Bill Gates noted, "DNA is like a software program, only much more complex than anything we've ever devised" ( The Road Ahead, 1996, p. 228).

It is absurd to think that nobody designed such a complex code—that it is simply a result of time, chance and mutation.

If things have an origin, they first needed an originator. The greatest question in philosophy is: Why does something exist instead of nothing? Philosophers don't really have an adequate answer. But there is a principle in nature that points to the answer—everything with a beginning has a cause, and there are no known exceptions to this rule.

Moreover, everything that is caused to exist is brought about by something superior to itself. Therefore, something greater than the universe must have brought it into existence. This is a strong proof that a Creator exists.

Everything that has a specific and complex design has a designer. For instance, a building is designed by an architect. No amount of time, chance and unthinking natural processes can produce a building. In a similar way, we see the exquisite designs of things around us.

On Mt. Rushmore in the Black Hills of South Dakota, we see the complex and specific design of the faces of four American presidents carved into the rock. Wind and erosion can produce predictable designs on some mountains, but not obvious, well-known human faces.

History tells us that Gutzon Borglum carved the faces on Mt. Rushmore, but even if there were no record of these being sculpted, we would still know that someone designed them and made them. Likewise, the natural realm itself shows evidence of design.

Key illustration: the earth. The fact that so many of the planet's features had to be just right for complex life to exist indicates that a designer was at work. The combination and interworking of such features are far too complex for them to be the product of mere chance.

For instance, for the earth to have life, it had to be just the right size—8,000 miles in diameter. If it were 9,500 miles in diameter, scientists have concluded it would double the weight of the air. Then there would be so much oxygen turning into water that it would cover the entire earth. None of the continents would have appeared, so there would be no land-based life—including us.

The earth is just the right distance from the sun—93 million miles. If it were just 5 percent farther out from the sun, the earth would be too cold and mostly covered with ice. But if it were just a bit closer to the sun, it would be unbearably hot and the polar ice caps would melt, flooding the coasts.

The earth also needs the right rotational speed. If it were just a little faster, the earth would not be warmed enough, freezing much of the surface. But if it were slower, the heat would be oppressive.

It also needs just the right atmosphere—78 percent nitrogen and 21 percent oxygen, the precise amounts to sustain complex life. The earth also has the correct tilt—23.5 degrees—allowing us to have the four seasons and twice as much arable soil as a different tilt angle would provide.

Even the moon is precisely the right size and distance from the earth for the tides to move the oceans around, keeping them clean and aerated. (To find more examples, read the 2004 book The Privileged Planet by Guillermo Gonzalez and Jay Richards.)

Where did the laws of the universe come from? They're not matter or energy, but they govern how both operate. There is no intrinsic reason for the laws of nature to exist. In fact, these laws had to be created and in place when matter and energy appeared, or there would be total chaos. The laws of the universe require that a lawgiver calibrated them and set them into effect.

Key illustration: gravity. Without this force that causes mass to attract other objects, life could not exist. And the intensity of all the forces must be in precise ratios to one another.

The famous physicist Stephen Hawking stated: "The universe and the laws of physics seem to have been specifically designed for us. If any of about 40 physical qualities had more than slightly different values, life as we know it could not exist: Either atoms would not be stable, or they wouldn't combine into molecules, or the stars wouldn't form the heavier elements, or the universe would collapse before life could develop, and so on" ( Austin American-Statesman, October 19, 1997).

Who caused mass to affect its surroundings as it does to the degree that it does? Who made the other laws that must have been exquisitely designed and calibrated to work in total harmony? The logical answer: It must be an utterly supreme and all-powerful Intelligence.

What does believing in God yield? Answer: positive results, especially in the long run!

An article titled, "Take Ten Commandments and Call Me in the Morning," states: "Using both anecdotal and research data, [Dr. Harold Koenig] demonstrates that there is ample evidence to show that people who regularly attend church, pray, read, and put into practice what the Bible or their faith teaches are overall healthier.

"Just for starters, they have significantly lower blood pressure, are hospitalized less, recover from surgery faster, have stronger immune systems, and are likely to live longer. Emotional health also benefits: family life is better and depression is lower in those with faith" ( Christianity Today, Nov. 11, 1999).

Key illustration: answered prayer. If there were no God, then prayers for supernatural intervention would never be answered. Yet there are so many examples of answered prayer all around us—of miraculous interventions that defy physical explanation. There are simply vast numbers of witnesses of this phenomenon, including this author. This should strengthen our faith in the fact that God exists and that He cares about what happens to us.

Thus, proving that God exists is not a matter of blind faith—but of well-reasoned faith justified by hard evidence. For the evidence that there is a God is overwhelming!

Remember these five key "GODLY" concepts and accompanying five illustrations to prove God's existence even without the use of the Bible!

Posted by leon fortayne at 16:44 No comments: